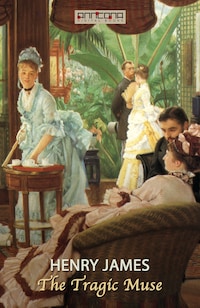 This wide, cheerful panorama of English life follows the fortunes of two would-be artists: Nick Dormer, who vacillates between a political career and his efforts to become a painter, and Miriam Rooth, an actress striving for artistic and commercial success. A huge cast of supporting characters help and hinder their pursuits.

Art or politics, this is the question Nick Dormer dealls with in the course of this novel. Mirian Ruth, an aspiring actress, is the ”tragic muse” of the title. Her concerns are a bit different: would proper society accept her as an actress, or would she have to choose between giving up acting and marrying well? A large and interesting cast of secondary characters accompany them along the way, for good or bad.

This novel is for lovers of Trollope and Dickins, while James's sharp and keen observations and wit are there at all times. Enjoy a stroll in the park listening to this overlooked masterpiece.

This edition from 1921 includes the preface from the The New York Edition.