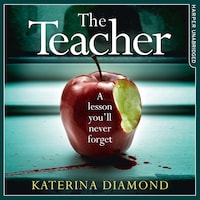 The body of the head teacher of an exclusive Devon school is found hanging from the rafters in the assembly hall.

Hours earlier he’d received a package, and only he could understand the silent message it conveyed. It meant the end.

But as they’re drawn into a network of corruption, lies and exploitation, every step brings them closer to grim secrets hidden at the heart of their community.

And once they learn what’s motivating this killer, will they truly want to stop him?