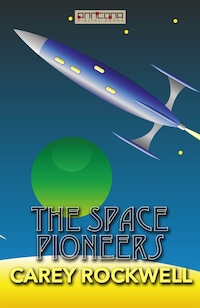 When Tom Corbett and his Polaris unit mates, Roger and Astro, were assigned to the great expedition of one thousand space ships carrying pioneer colonists billions of miles to the satellite Roald, they did not dream that they were facing the most thrilling adventures of their careers.