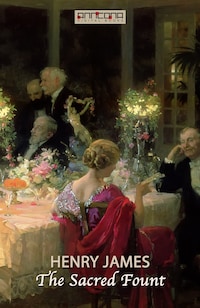 The Sacred Fount is a novel by Henry James, first published in 1901.

This strange, often baffling book concerns an unnamed narrator who attempts to discover the truth about the love lives of his fellow-guests at a weekend party in the English countryside. He spurns the ”detective and keyhole” methods as ignoble, and instead tries to decipher these relationships purely from the behaviour and appearance of each guest. He expends huge resources of energy and ingenuity on his theories, much to the bemusement of some people at the party.

The Sacred Fount delves into the interior observations and obsessions of the narrator. Regarding himself as a master of human psychology, the narrator watches the goings-on of the other guests and weaves theories about the interpersonal implications of what he witnesses, leaving the not infrequently perplexed reader the task of sorting out whether his conclusions are facts or fancies.