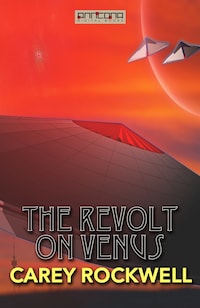 The Revolt on Venus

For the young cadets of the famous Space Academy Polaris unit a month's leave would seem to be a perfect time for rest. But they have other ideas when they plan a trip to the jungles of Venus. There they hope to hunt the most terrifying of all big game––the mighty Tyrannosaurus Rex!