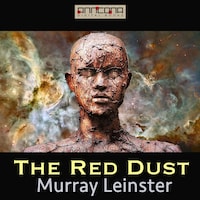 The Red Dust is a science fiction novel by Murray Leinster first published in 1927.

You who have read The Mad Planet by Murray Leinster, will welcome the sequel to that story.

The world, in a far distant future, is peopled with huge insects and titanic fungus growths. Life has been greatly altered, and tiny Man is now in the process of becoming acclimated to the change.

We again meet our hero Burl, but this time a far greater danger menaces the human race. The huge insects are still in evidence, but the terror they inspire is as nothing compared to the deadly Red Dust.

You will follow this remarkable story with breathless interest.

The Red Dust was first published in January 1927 of Amazing Stories.