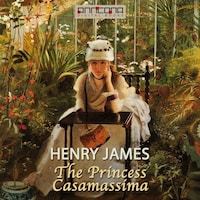 The Princess Casamassima is a novel by Henry James, first published as a serial in The Atlantic Monthly in 1885-1886 and then as a book in 1886.

It is the story of an intelligent but confused young London bookbinder, Hyacinth Robinson, who becomes involved in radical politics and a terrorist assassination plot.

The book is unusual in the Jamesian canon for dealing with such a violent political subject. But it is often paired with another novel published by James in the same year, The Bostonians, which is also concerned with political issues, though in a much less tragic manner.

Princess Casamassima can be read on several levels: first, as a political and social novel, exploring the anarchistic and revolutionary underground of London in the 1880s; secondly as a psychological study of such a movement on a young man (the protagonist, Hyacinth Robinson) who may or may not be descended from the aristocracy, but whose artistic nature shines out in the midst of the London slums; and thirdly, as an examination of the conundrum whether the world of art and culture is necessarily built on the abject poverty of others.

The Princess herself started as the beautiful and intelligent American Christina Light in James’s Roderick Hudson but has now come to London to escape the Neapolitan prince to whom she is unhappily married. Yet she and Robinson are only two of a larger set of characters whose commitment to an imagined revolutionary cause may be sincere or many be questionable. As is usual with Henry James, readers will have to make their own judgements.