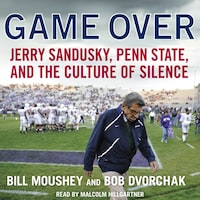 The shocking details chronicling how a beloved coach and esteemed university became enmeshed in one of the worst scandals in U.S. sports history

It's a scandal that began in a place called Happy Valley. But it's not as happy as it once was, as the child-sex-abuse charges against a longtime coach and the conspiracy of silence surrounding the allegations have rocked America and Division 1 college sports.

The shocking stories started to pour out after the November 6, 2011, arrest of Jerry Sandusky, a former coach under the Penn State football legend Joe Paterno. Sandusky had been Paterno's top lieutenant for thirty-two years. He was also the founder of a charity, The Second Mile, that devoted itself to helping disadvantaged youth. It turns out Paterno was told about an incident involving an underage boy showering with Sandusky in the football locker room, but reported the incident to school officials rather than the police.

The numerous boys in Sandusky's program who have come forward told a grand jury lurid stories of a sexual predator who stalked and abused them, sometimes even in the showers of Penn State's football complex. In Game Over, journalists Bill Moushey and Bob Dvorchak investigate claims of a startling cover-up within the Penn State hierarchy that attempted to protect its football legacy, quite possibly at the expense of disenfranchised children.

Game Over is filled with the shocking details of how a culture built around one deified coach with a glorious vision to have ”success with honor” fails to act in the best interests of the most vulnerable. University president Graham Spanier has been consumed in this firestorm along with Joe Paterno himself in what spiraled downward into the worst scandal in the history of college sports.