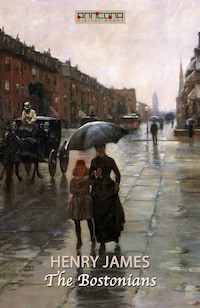 The Bostonians is a novel by Henry James, first published as a serial in The Century Magazine in 1885–1886 and then as a book in 1886.

This bittersweet tragicomedy centers on an odd triangle of characters: Basil Ransom, a political conservative from Mississippi; Olive Chancellor, Ransom's cousin and a Boston feminist; and Verena Tarrant, a pretty, young protégée of Olive's in the feminist movement.

The storyline concerns the struggle between Ransom and Olive for Verena's allegiance and affection, though the novel also includes a wide panorama of political activists, newspaper people, and quirky eccentrics.

The Bostonians was not well received by contemporary critics, especially on the western side of the Atlantic. James himself once wrote an observation that The Bostonians had never, "even to my much-disciplined patience, received any sort of justice." James' portrayal of Boston reformers was denounced as inaccurate and unfair, especially because some felt James had satirized actual persons in the novel. Darrel Abel observes that when the novel was first published in Century Magazine in 1885, the people of Boston were very displeased.